South American sides Ecuador and Venezuela played a draw on Thursday night when they clashed. 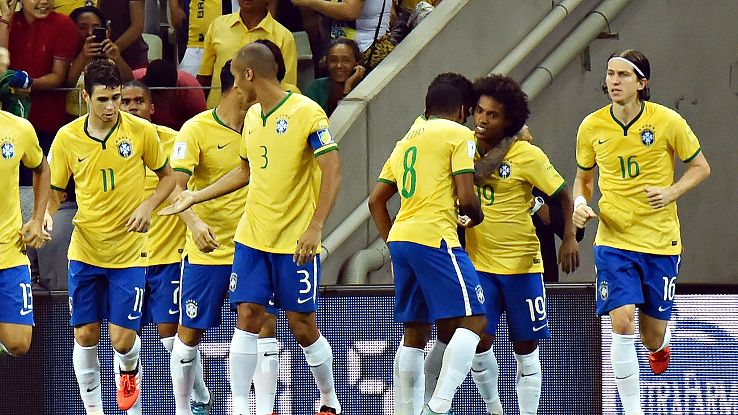 Mikel Villanueva had an own goal in the 29th minute while Junior Moreno scored through a powerful shot from the centre of the box after receiving an assist from ArquimedesFiguera.

The teams played a 1-1 draw at half time and there was no change when the game ended. However, Figuera received marching orders in the 75th minute for a second yellow card.

When Peru and Paraguay met in a friendly game at Trujillo, Paolo Guerrero’s 75th minute effort was the difference in the 1-0 win. Rodrigo Rojas has fouled Miguel Trauco, picking up his second yellow card of the game. The visitors were down to ten men.

Football in Peru has been developing of recent. They play Jamaica in their next game. The friendly game would hold on June 13.

Elsewhere in football’s most iconic rivalries, Argentina defeated Brazil in a superclasico in Australia. Sevilla defender Garbiel Mercado scored the sole goal that separated the bitter rivals as over 95,000 fans gathered to watch the star studded game. Funny enough only 31 percent saw the game the Socceroos played against Saudi Arabia in the crucial World Cup fixture.

Brazil have already qualified for the forthcoming World Cup next year while Argentina are in fifth place in the South American qualifiers. It was Jorge Sampaoli’s first game and it ended on a good note.

After Argentina’s play in the opening half, Gabriel Jesus and Willian hit the goal post as they sought for a goal. They missed Barcelona star Neymar who was on vacation. This is one of the numerous times that the team has failed to impress in his absence.

Argentina still have a friendly game in Singapore before they face Uruguay in a break or make game on August 31. They would also face Brazil as well.