The Peru national coach Ricardo Gareca has signed a new three-year deal that will see him take charge of the team during the next World Cup qualifiers. Ricardo Gareca is considered as a hero in this part of the world after taking the country to the Russian World Cup. This was the first time that Peru made it to a World Cup since 1982 and the Football Federation in Peru was keen to secure the coach on a long-term basis. 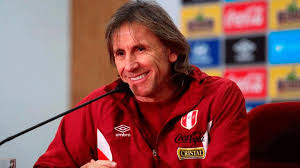 Ricardo Gareca said that this is an exciting period for him and that he loves to manage the Peru national team. He said that he has been building a team from scratch and that he will want to continue the journey with them.

He has thanked the Peruvian Football Federation for their trust and said that he wants to help the team make it to the next World Cup.

He said that there are some good players in the squad already and that he will be looking forward to developing them further. He said that they have got some great experience at the World Cup in Russia and that this will be useful for them in the future.

He knows that fans will have some high expectations after what he had achieved last year and said that he will give his best in order to help the team make it to the next World Cup.

The Peru Football Federation said that they are happy with Ricardo Gareca after their last qualifying campaign for Russia and that they want to give him all the necessary resources to develop the team/ They are currently investing in the development of youth football and hope that this will provide a greater pool of players in the years to come.