When the word “sport” is mentioned in Peru, the most popular that will come to people’s mind is football. 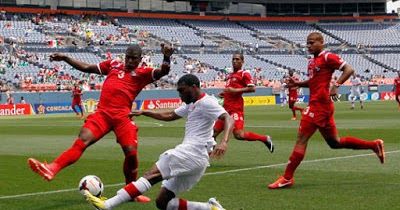 Football in Peru was introduced by British immigrants, the Peruvians returning from Great Britain, as well by English sailors in the middle of 19th century during their frequent stops at the port of Callao.

In reference to the research-work entitled La Difusion del Futbol en Lima, during the last ten years of the 19th century, records show that sailors were fond of practicing sports such as football and they would play against teams made up of Englishmen, Peruvians, or a mix between Englishmen and Peruvians.

The 1990s were not brilliant football years for the Peruvian footballers and the disastrous 1987 Alianza Lima air incident alsocrushed the hopes for the team as series of good players who were prepared to play for the national team lost their lives.

Although there were still other good players like Julio César Uribe, Nolberto Solano, Claudio Pizarro, and Lose del Solar, yet the team was no longer the “Golden Team” of earlier.

In the early 21st century the squad began to get new inspirations, once the the squad was welcoming new young players with new hopes and goals. As things continued to develop, football in Peru once more started to give signs of importance as local teams from the league began doing better in international competitions.

Peru were able to surprise the world when they were invited to participate in the CONCACAF Gold Cup. They as well won another Kirin Cup in 2005. Meanwhile, in 2007, the football supporters of Peru received another great shock as the national U-17 team made it to the quarterfinals (for their first time) of their FIFA World Cup.